Which vision of the self-driving car will win?

Intel and Warner Bros. are teaming up to create “in-cabin, immersive experiences in autonomous cars of the future” (Krzanich 1). This is the first major partnership of its’ kind in the AV world. This partnership indicates that it is likely that AVs of the future will be packed with advertising and “immersive experiences” This means movies, tv shows, games, music, and perhaps even “virtual reality and augmented reality innovations” (Kraznich 1).  The image below is a mockup (poorly done, imo)  of Warner Bros. and Intels’ VR and AR innovations. “a fan of the superhero Batman could enjoy riding in the Batmobile through the streets of Gotham City, while AR capabilities render the car a literal lens to the outside world, enabling passengers to view advertising and other discovery experiences” (Kraznich 1).

The vision of the self-driving car experience that Intel and Warner Bros bring to the table fall in a similar vein to the visions of Smart, with their vision EQ fortwo, and Mercedes, with their F 015 model. These companies all seem focused on developing as many interactive experiences within the car as possible, rather than just the ride itself.

In contrast, companies like Tesla and Waymo’s portrayals of the future of self-driving cars are simplistic, ad-free, and seem more focused on increasing the safety and accessibility of mobility. For example, on  Waymo’s website, their home page declares “We’re building a safer driver for everyone.” Behind the text are alternating clips of videos that show two or more people interacting with one another while in the backseat of a self-driving car.

This just goes to show how players in the industry have vastly different visions of what self-driving cars will look like in the future. My question is, how much of this vision will be shaped by what consumers actually want and need?

I, for one, do not like the idea of advertisements on the inside of cars, and do not feel the need for a car to “enabl[e] passengers to view advertising” (Kraznich 1). Advertisers already have so many channels through which they throw advertisements at us — social media, billboards, television, magazines. Ads are already almost unavoidable, why would a passenger want them in their car? 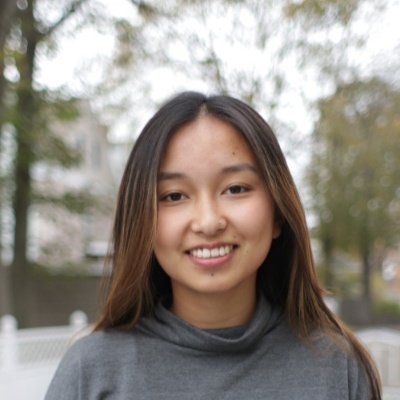